Renoir’s ‘Woman at the Garden’

“No shadow is black. It always has a color.” – Renoir,

Impressionists depicted shadows with colors, and rejected the Newtonian description of darkness as simply an absence of light. In doing so, they were challenging something fundamental.

Neither the Impressionists, nor Newton had the advantage of knowing, or even thinking that perhaps an insect looked at the world differently. That an insect did not perceive the same colors as us.

To this day the Newtonian view is written as gospel in physics textbooks. What I used to find strange was why no one wanted to call l light the absence of darkness.  Having had a a non-Abrahamic  upbringing, as a child, I thought this linguistic play was harmless. I did not yet know that  ‘Darkness’ was synonymous with evil, at least in Western culture.  That it  could only ever be absolute. That there could be no such thing as ‘degrees of darkness’ even though there were ‘degrees of light’ which we perceive as colors.

As a college senior, I stumbled onto Goethe’s Theory of Color, where the writer tabulated a series of experiments to disprove the Newtonian conception of the color spectrum.  Newton’s mistake, according to Goethe, was not looking through the prism. In doing so, Newton, according to Goethe, missed the dynamic interaction between what we call ‘light’ and ‘dark’ to co-create  the spectrum. Using Goethe’s system, colors are different admixtures of ‘properties’ we call ‘light’ and ‘dark’.

A quote attributed to Goethe about his realization of the ‘incorrectness’ of Newton’s theory runs thus:

“Along with the rest of the world I was convinced that all the colors are contained in the light; no one had ever told me anything different, and I had never found the least cause to doubt it, because I had no further interest in the subject…But how I was astonished, as I looked at a white wall through the prism, that it stayed white! That only where it came upon some darkened area, it showed some color, then at last, around the window sill all the colors shone… It didn’t take long before I knew here was something significant about color to be brought forth, and I spoke as through an instinct out loud, that the Newtonian teachings were false.”

Anyone who’s read a high school physics textbook (or middle school, depending on which part of the world you’re in) can tell you that Goethe is ‘incorrect’ because he is ‘confusing’ color produced by chemical interactions in the white paint, with colors found in light waves.  Therefore Goethe is ‘wrong’.

The truth is, no one in the scientific community has been able to come up with an  ‘explanation’ for why mixing color pigments produce different combinations from those produced by light rays.

Why did scientists reject Goethe out of hand and continue to do so?

Typical arguments I’ve heard against Goethe is “If this was true scientists would’ve found out by now. Just pass the steak along.”

Would they really? Scientists and artists like to think of each other as living in alternate universes.  An artist has a naturally endowed ‘instrument’ that can detect the nuances of color far better, and yet, if they paint shadows blue or red, they’re being ‘irrational’? Why? Because artificial instruments that compute in numbers are superior? Because being able to measure the input at the back of your eye is superior?

Are stars emitting ‘Light’ due to chemical interactions inside them, or reflecting ‘Light’ like mirrors?

What would it mean if stars behaved like mirrors? It would mean that ‘light’ exists independent of mechanical processes on a molecular level. Which would mean that light was not ’emergent’ and was not produced by random mechanical interactions. Which would mean that this light already existed before the big bang, when the material universe manifested. And that would put ‘evolution’ on shaky ground. And worst of all, it would imply an ‘aether’ because Goethe’s light behaves like a liquid.

Another example is the blueness of the sky. The conventional scientific explanation is, again,  scattering of light of a specific range of wavelengths by particles in our atmosphere. According to Goethe, the sky is blue simply because the the thickness of the atmosphere causes it to mix ‘light’ and ‘dark’ in certain proportions, resulting in the perception of blue. If this sounds ridiculous, I recommend the entire book, which has been linked to earlier. There are enough experiments in there to illustrate what Goethe means.

I am surprised that Goethe’s experiments are still called a  ‘theory’ and a ‘psychology’ of color.  If you, dear reader, ever read the whole thing and still stand by Newton unabashedly,  I would be amazed. But hey, if you’re feeling too lazy to read, here’s a video. 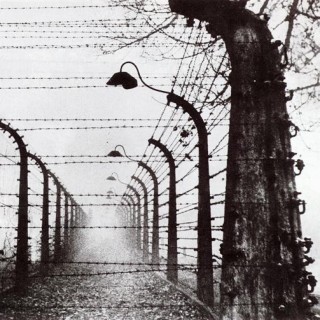